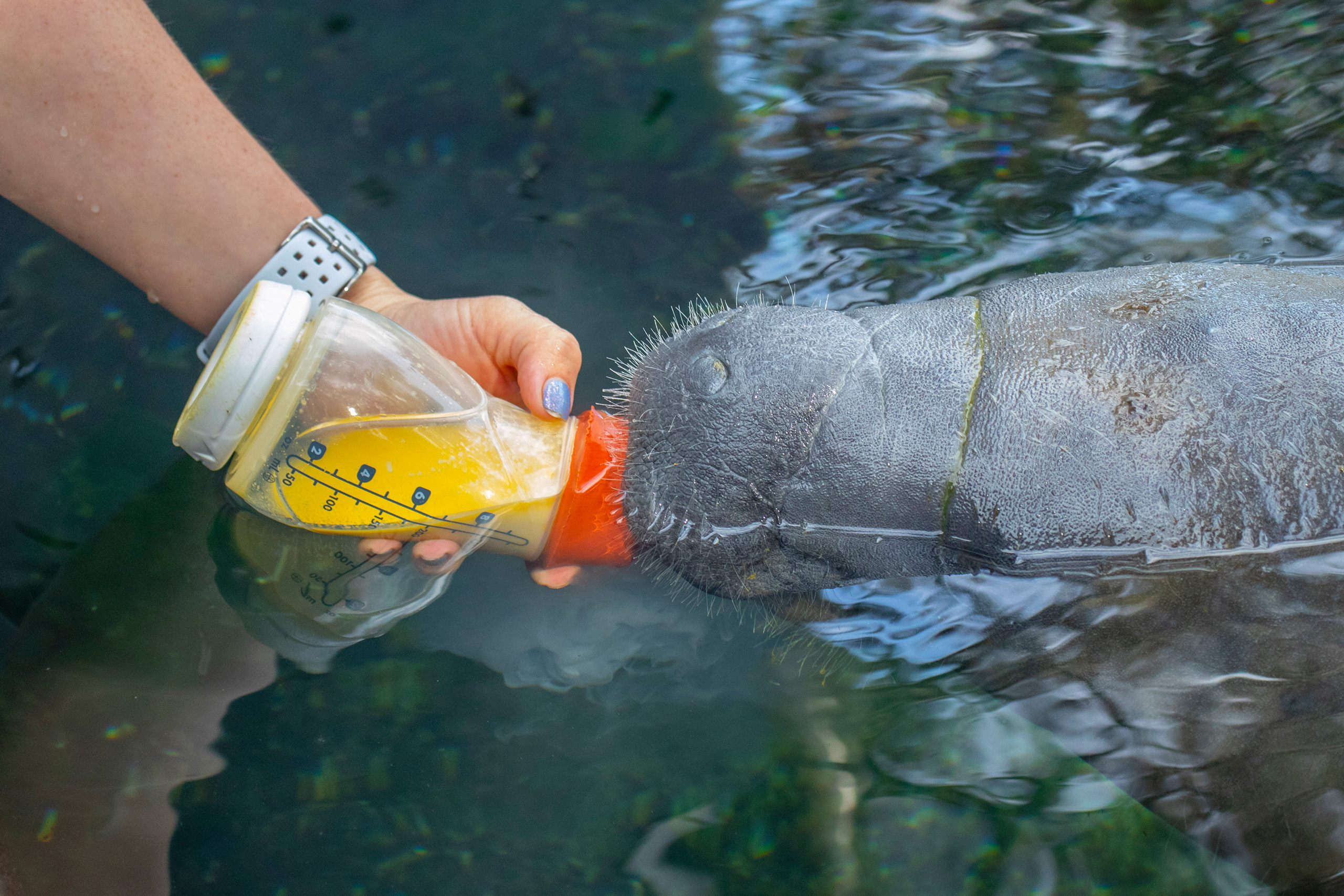 Through our ZT Saves initiatives, your Zoo plays an active role in protecting and preserving wildlife both in our backyard and around the globe. Despite the challenges that faced our community and the world at large last year, conservation remained a central focus for the Zoo in 2021.

Our work with manatees became more important than ever as state wildlife officials reported a record-breaking number of annual deaths. The David A. Straz, Jr. Manatee Critical Care Center reached a milestone of 500 patients since its opening in the early 1990s, and our team assisted Florida Fish and Wildlife Conservation Commission in 21 manatee rescues.

An increased emphasis on sustainability led to the formation of local partnerships that allowed us to expand our composting efforts and host electronics-recycling drives, and a partnership with an international corporation resulting in the replacement of single-use paper cups with reusable, recyclable aluminum cups.

On the global front, the Zoo contributed $20,000 to international conservation programs focused on African elephants, painted dogs, Bornean orangutans and other species on the verge of extinction.

“Our achievements over the past 12 months embody the mission that drives everything we do at the Zoo,” said Tiffany Burns, the Zoo’s director of conservation, research and behavior. “Our plans for 2022 are equally ambitious and will deepen the Zoo’s positive impact on wildlife around the world.”

Keep your eyes on our blog in the coming months to learn what’s next for ZT Saves!