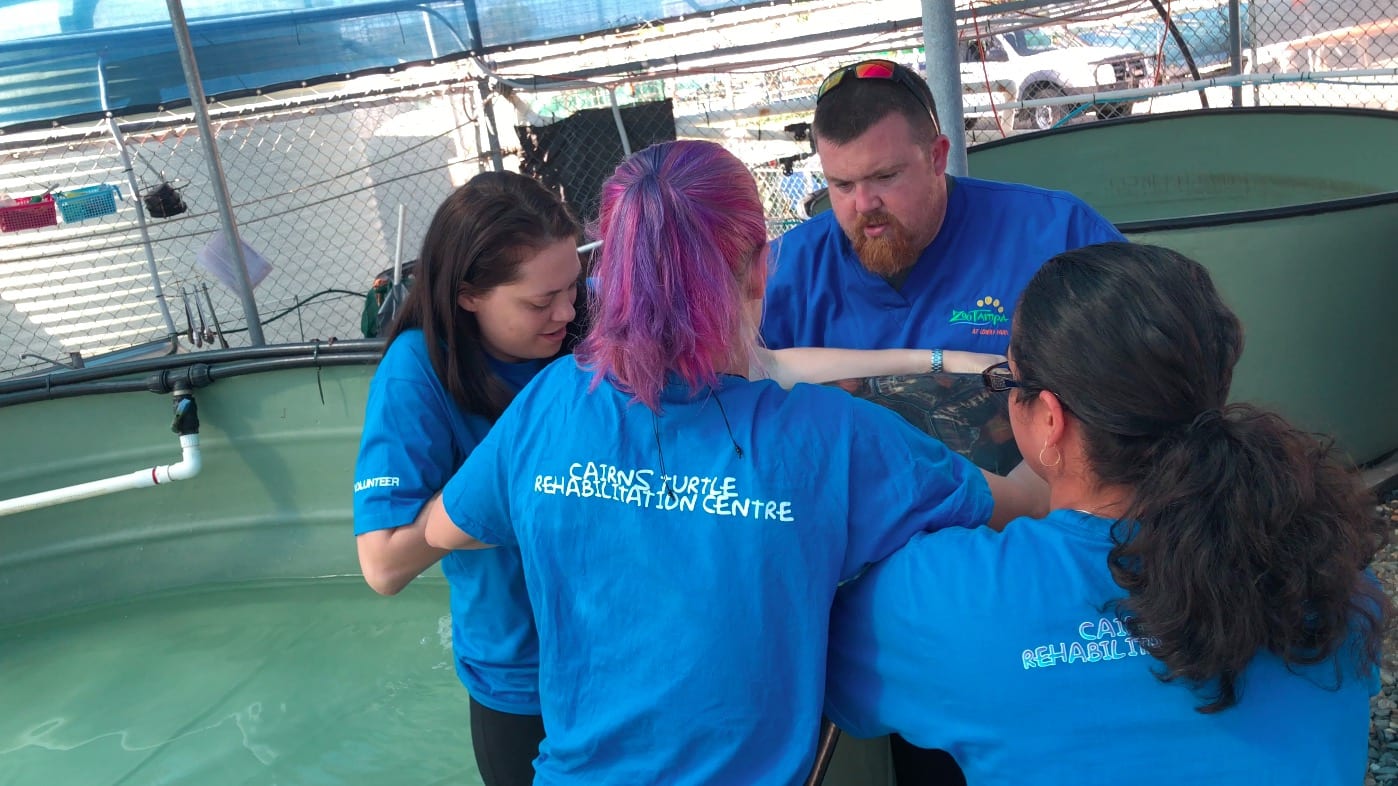 On Friday, July 20 2018, I began my journey to Queensland, Australia to work for two weeks at the Cairns Turtle Rehabilitation Center (CTRC).  The facility works with the local governments and boating communities to provide care for sick or injured sea turtles.  Due to their geographic location, CTRC has been able to care for every species of sea turtle except for the Kemp’s Ridley Turtle (Lepidochelys kempii), a species restricted to the waters of the Atlantic Ocean.

My time was split between two locations the facility operates from:

As you can imagine, the intensive care facility houses turtles who are actively receiving care and treatments for diseases and injuries, meanwhile the Fitzroy Island location was designed as a final staging area prior to the turtles being released back to the wild.

There are two memorable cases from the intensive care facility:

Midge, the Green Sea Turtle (Chelonia mydas): Midge was being quarantined and treated for fibropapilloma, a condition caused by a turtle herpesvirus. While working with both local veterinarians and hospitals, the CTRC has developed a method of debriding (surgically removing) external growths caused by the virus. After being analyzed, a vaccine is created to treat each turtle. Following treatment, a turtle is kept in quarantine for 24 months and if no growths develop, they are cleared to be released. Midge was in her tenth month at the intensive care center with no regrowth!

Shazza, another Green Sea Turtle (Chelonia mydas): Shazza is recovering from buoyancy problems as well as pollution-based injury.  When an animal like a sea turtle has buoyancy problems, it means that they have the inability to move up and down in the water column. This can be caused by ingestion of pollution, stress, and air ingestion just to name a few. In cases involving stress and air ingestion, time and supportive care resolve the problem and the turtle can be released.  In cases involving the ingestion of pollution (plastic, garbage, etc), the prognosis can be much worse! In Shazza’s case, there didn’t appear to be any foreign material in her stomach, so the team at CTRC is focusing on the time and supportive care approach. Shazza also has another old injury, a plastic was tangled around her for so long, and her shell now has the appearance of an hourglass.

Unfortunately, injuries like Shazza’s are too common- but they don’t have to be. There are simple actions YOU can take to help sea turtles including keeping beaches and waterways free of trash, along with being accountable for all belongings. Many people leave beach chairs and other furniture behind making it difficult for sea turtles to lay their eggs. You can also knock down sand castles and fill in any holes - this helps sea turtles make their way to the ocean once they hatch. Lastly, don’t forget about reducing the amount of plastic you use- plastic bags are a particular threat, since some sea turtles can mistake them for their favorite snack- jellies!

After my two weeks at the turtle rehabilitation center were complete, I spent some time exploring the east coast of Australia.  I was able to SCUBA dive the Great Barrier Reef - despite its continuing decline, the diversity of animals around each reef section was unparalleled to anything on land!  The reef truly is a sight to be seen and I encourage anyone who has an interest in seeing it to go as soon as they can! The beauty of natural environments like the reef should be seen by everyone, and maybe when this happens the world will take greater measures to protect what we are losing. 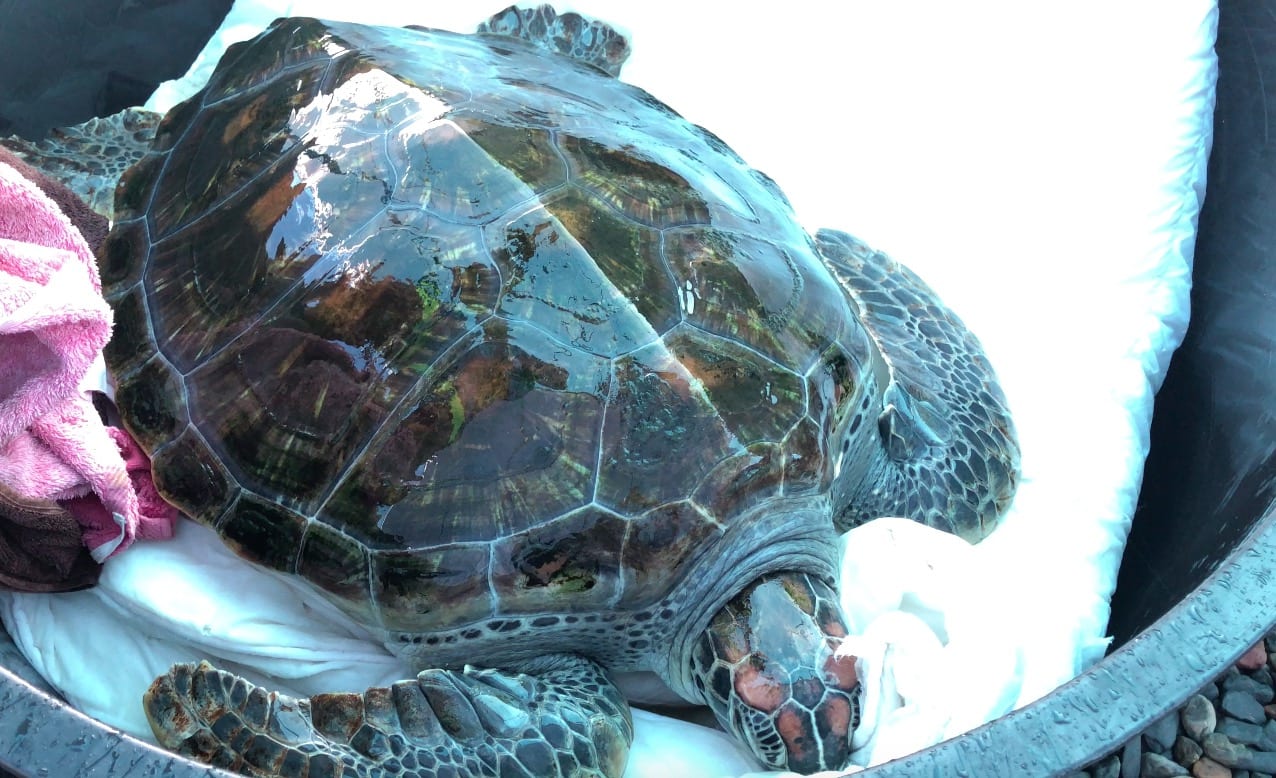 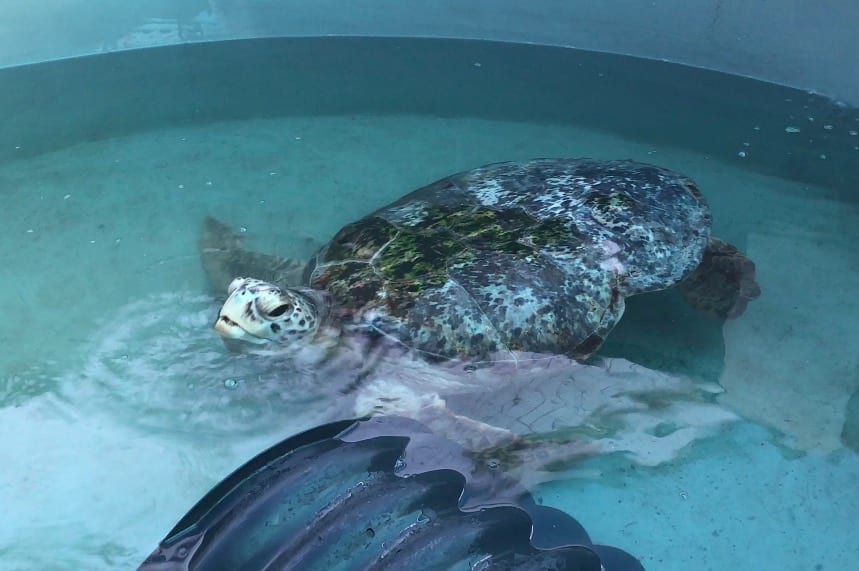