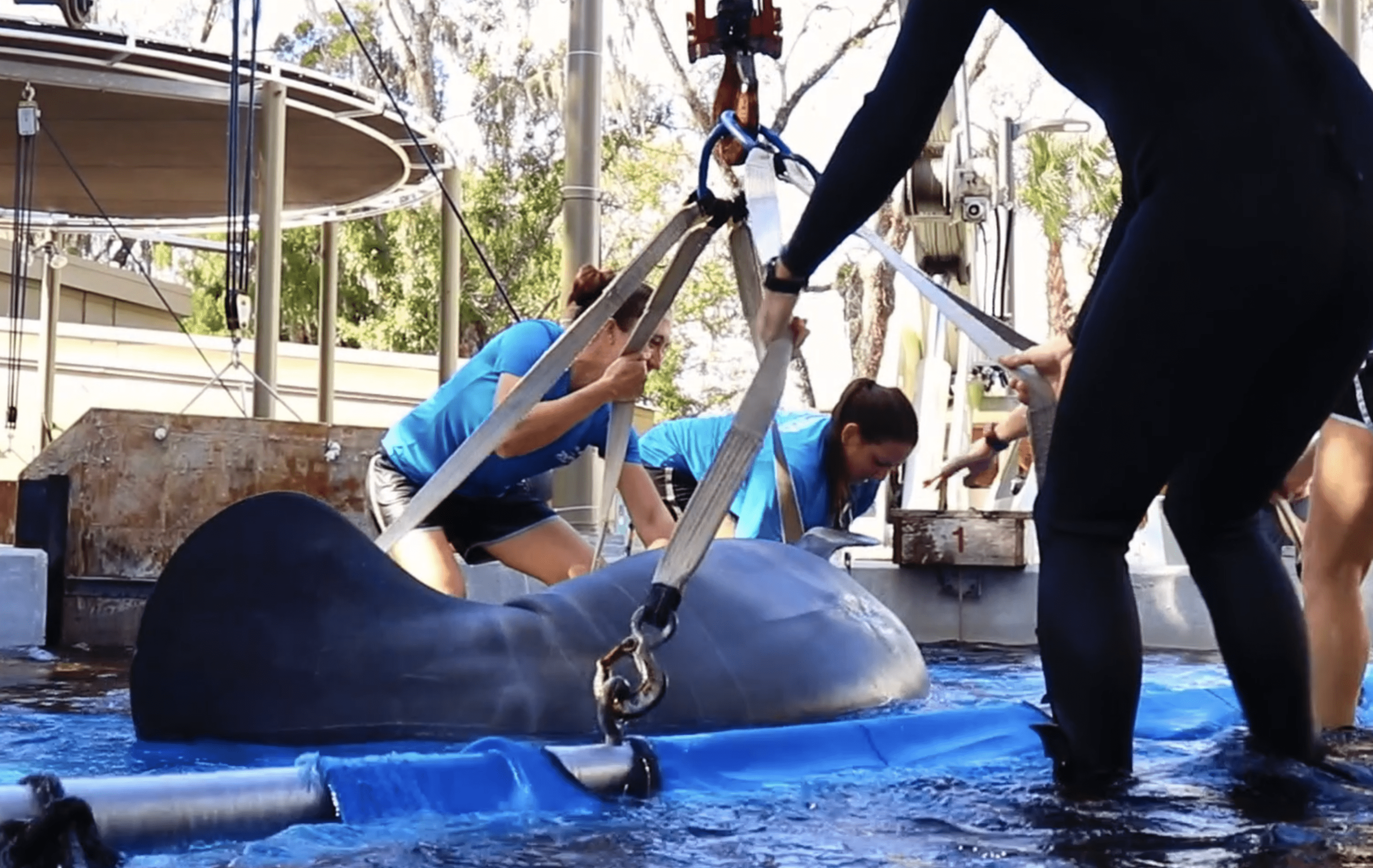 TAMPA, FL. (December 17, 2019) — After more than a year of rehabilitation and care, three of ZooTampa’s manatee patients were released back to Florida waters yesterday. The trio, Sriracho, Obsidian and Slate, are now healthy calves weighing a combined total of more than 1800 pounds. In preparation for their release, the animal team provided the manatees with a natural diet and worked on their socialization to ensure a smooth transition to the wild. Releasing manatees in the winter helps set them up for better success as they can follow older manatees and learn how to migrate.

ZooTampa is a leader in wildlife conservation in Florida and throughout the world. As one of only four manatee critical care and rehabilitation centers in the United States, ZooTampa has cared for more than 400 injured, sick and orphaned manatees. A dedicated team of animal care and veterinary staff tend to the manatees 24 hours a day, 7 days a week.

Details about the 3 manatees:

ZooTampa at Lowry Park is operated by the Lowry Park Zoological Society, an independent 501(c)(3) charitable organization committed to excellence in conservation, education, recreation and research. The Zoo is accredited by the Association of Zoos and Aquariums (AZA) and is featured among the “Top 25 Zoos in the U.S” by TripAdvisor (2015). The Zoo is located at 1101 W. Sligh Avenue in Tampa, and is open seven days a week, from 9:30 a.m. to 5 p.m. with extended hours for select events. Parking is free. For more, visit zootampa.org. Also, find the Zoo on Facebook, Instagram and Twitter.