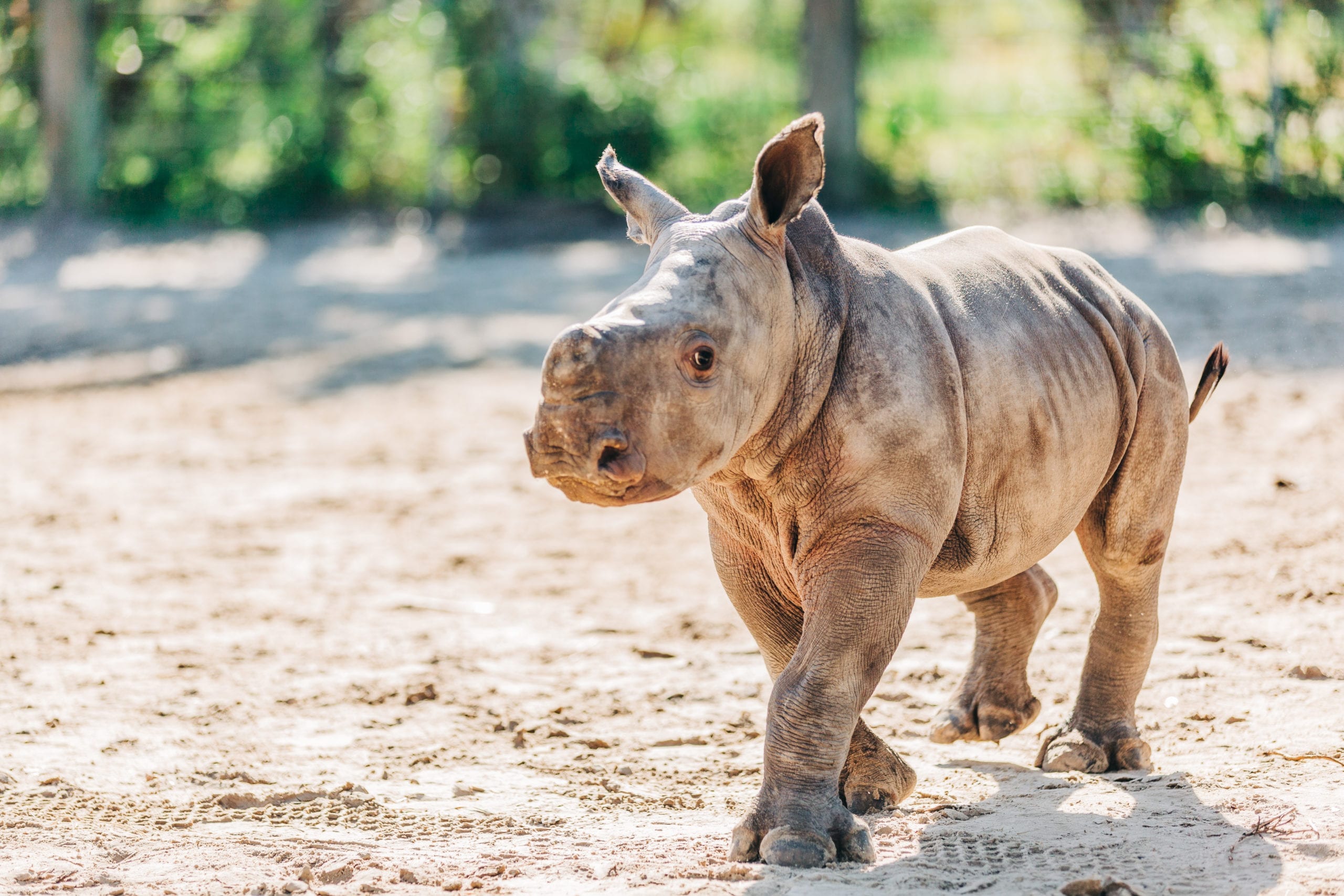 Oh Baby! Endangered White Rhino Born at ZooTampa
The crash of Southern white rhinos at ZooTampa grew yesterday with the birth of a female calf. The yet-to-be-named baby is currently being cared by her experienced mom, Kidogo. This is the 7th white rhino born at ZooTampa as part of the Species Survival Plan. The mom and baby can be seen from the tram ride in the Africa section of the Zoo.

Permanent Home Identified for Endangered Florida Panther Kittens
Two orphaned Florida panther kittens cared for at ZooTampa for several months are moving to their permanent home at White Oak Conservation on Wed, Jan. 23. The brothers, named Cypress and Pepper, were rescued by the Florida Fish and Wildlife Conservation Commission after their mother suffered from an unknown neurological disorder that is affecting wild populations of panthers and bobcats. The almost 7-month-old kittens have been hand-raised in human care most of their lives, making them unlikely candidates for release back into the wild. Home to 3 other rescued panthers, ZooTampa is a leader in conservation of panthers and other Florida endangered wildlife. White Oak Conservation is a 17,000-acre wildlife refuge in Northeast Florida owned by philanthropists Mark and Kimbra Walter.

There’s a New Resident in Tampa
Kasey the sun bear has made his public debut at ZooTampa. Sun bears are generally solitary and are the smallest of the bear species weighing up to 150 pounds. Found in the tropical forests of Southeast Asia, the species is listed as vulnerable due to habitat destruction and poaching. Kasey can be seen daily in the Asia section of the Zoo.

ZooTampa at Lowry Park is operated by the Lowry Park Zoological Society, an independent 501(c)(3) charitable organization committed to excellence in conservation, education, recreation and research. The Zoo is accredited by the Association of Zoos and Aquariums (AZA) and is featured among the “Top 25 Zoos in the U.S” by TripAdvisor (2015). The Zoo is located at 1101 W. Sligh Avenue in Tampa, and is open seven days a week, from 9:30 a.m. to 5 p.m. with extended hours for select events. Parking is free. For more, visit www.zootampa.org . Also, find the Zoo on Facebook, Instagram and Twitter.