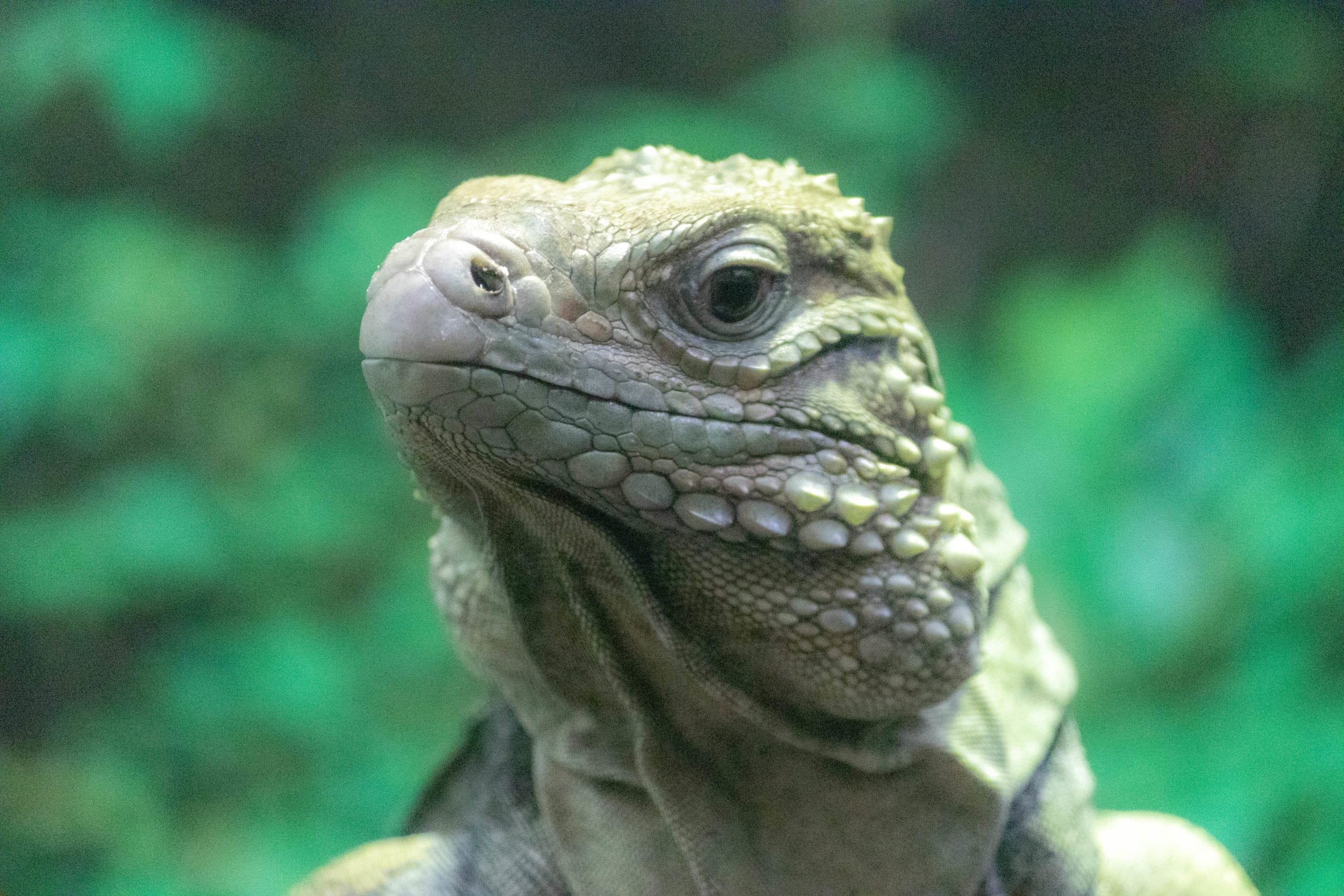 An iguana is a large species of lizard, and they come in all shapes and sizes! Did you know there are approximately 35 species of iguana? These different species make their home in habitats like rocks or trees.

These large lizards can be found anywhere from northern Mexico and the southern United States, to South America and its surrounding islands. There are even iguanas like the Galapagos Marine Iguana, found off the coast of Ecuador, that can swim underwater!

Introduced to Florida in the 1960s, iguanas have since become quite comfortable here. The humid and often extremely warm climate helps to keep their body at an ideal temperature. Most iguanas must be between 80 to 90 degrees Fahrenheit at any given time.

However, southern Florida’s occasional cold weather can put iguanas into a state of hibernation. As cold-blooded reptiles, also known as ectothermic animals, they need heat from the sun to stay warm.

For a lizard, these reptiles can get pretty big. Iguanas can grow anywhere from 7.5 inches for the Fiji Banded Iguana to a whopping 7 feet long for larger species like the common green iguana. Fiji Iguanas are typically only found on the small island of Fiji in the South Pacific Ocean, but you can see one of these special little lizards in our Manatee Tunnel.

While you’re there, be sure to check out some of our other star species like the Florida Manatee and Sandwich, our Cuban Iguana.

Though the Green Iguana is thriving, several species such as the blue iguana and Cuban rock iguana are endangered. As its name suggests, the Cuban Iguana originates from the rocky coast of Cuba. Habitat destruction and invasive species have threatened their survival.

Thankfully, recent efforts to protect the population have been successful and their numbers are growing. If you want to get an up-close look at one of these guys, you can also find Sandwich, ZooTampa’s very own Cuban iguana in the Manatee tunnel.

Sandwich, a stowaway on a boat departing from Guantanamo Bay, Cuba, found his home here at ZooTampa when he was rescued by United States Fish and Wildlife Services. Unable to return home or live on his own in Florida, ZooTampa established a permanent home for him in
2015, only a few months after he hitched a ride over.

You can usually find Sandwich hanging out on the tallest branches in his habitat, basking in the heat, or on the ground munching on leafy greens. Get to know more about Sandwich before you visit us here at ZooTampa! You can also meet him on Season 2 Episode 4 of the series, Secrets of the Zoo: Tampa, on Nat Geo WILD.