The Indigo is a beautiful black snake that has an iridescent blueish tint in the sun and a brown or orange chin. The Indigo, which often seeks shelter in Gopher tortoise burrows, can grow to between 8 and 9 feet long, and is the longest native snake in the U.S. The Indigo’s historic range included the southernmost tip of South Carolina, west through southern Georgia, Alabama, into eastern Mississippi, and throughout Florida. Today their range is far more restricted and this species is both state and federally listed as “threatened” due to habitat loss and habitat fragmentation.

In April we released 5 indigos snakes into the Alabama Conecuh National Forest as part of the indigo species recovery efforts spearheaded by Central Florida Zoo & Botanical Garden’s Orianne Center for Indigo Conservation (OCIC), and in collaboration with the Alabama Department of Conservation and Natural Resource, and the Conecuh Park Rangers. These snakes were part of the head start program, bred and hatched at the OCIC and then cared for at ZooTampa until they reached the appropriate size for release.  This season OCIC has passed an important half way point for their project goal of releasing 300 snakes. The site these snakes were release at is a historic site where these snakes have not been sighted since the 1950’s (before the OCIC project started).

Once we found a gopher tortoise burrow, Tyson and I gently released the snake and watched it travel to its new home. It was bittersweet, we were sad to see it go, but ecstatic to know they’ll live on and contribute to the growth of the indigo snake population.

Indigo snakes feed on a variety of small animals, including many species that are considered pest species, like rats and mice. They are also venomous snake eaters and help keep populations of copperheads in check. This makes them an apex or top predator that is necessary for a healthy and balanced ecosystem. In other words, they are important to the environment.

What can you do to help?

The eastern indigo snake reintroduction project at Conecuh National Forest led by Auburn University is in its 13th year. The Alabama Department of Conservation and Natural Resources have provided funding over the course of the project through the State Wildlife Grants program. The US Forest Service manages the longleaf pine forest ecosystem with prescribed ecological fires.  Snakes for release are being bred at the Orianne Center for Indigo Conservation, a facility of the Central Florida Zoo and the Orianne Society. 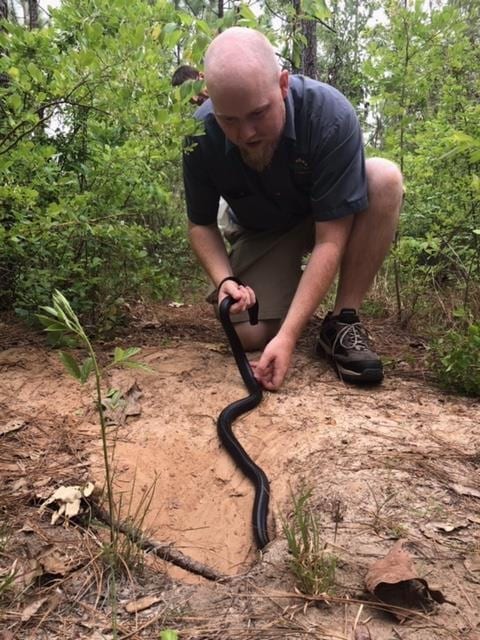 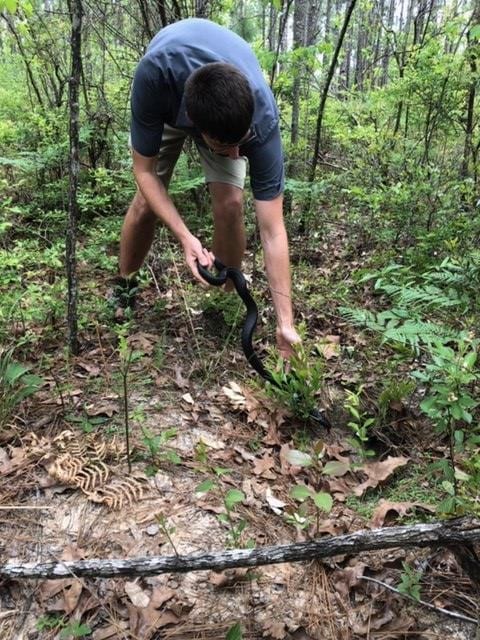