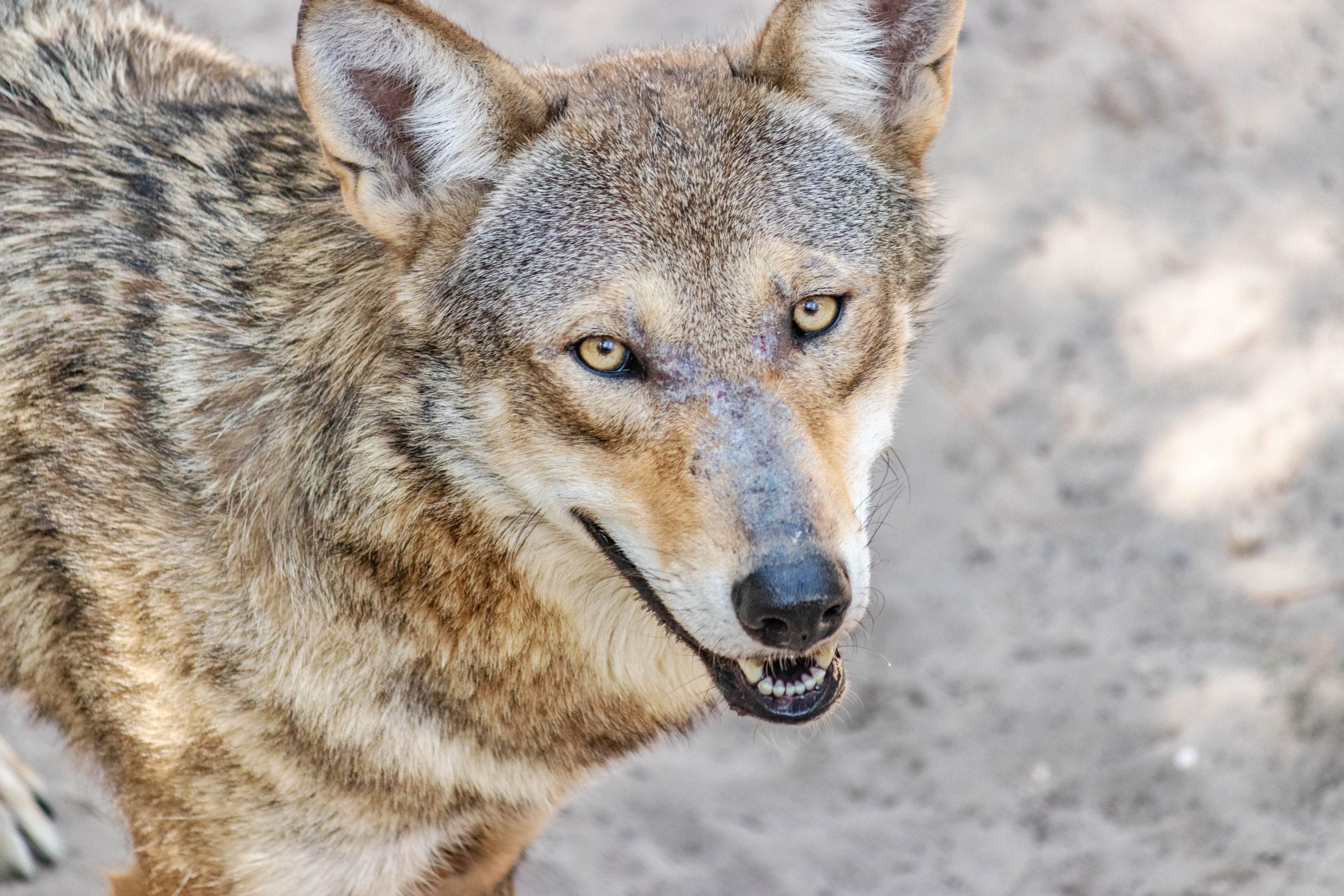 Of all the endangered species that call ZooTampa home, none is rarer than the Red Wolf. Declared extinct in the wild in 1980, the Association of Zoos and Aquariums (AZA) began the Red Wolf Species Survival Plan to help increase genetic diversity and population numbers.

With a wild population found only in a small subsection of North Carolina where their numbers are estimated at less than 30 individuals, they are extremely endangered. Without the Species Survival Program and close wild observation, they will once again be at risk for wild extinction.

Our hope is for our red wolves at ZooTampa to be a part of the breeding process one day themselves, and contribute to the population.
Meet the Wolves
The 3 red wolf brothers we have here at ZooTampa are named Yule (pronounced Yu-lee), Redington, and Connor. Like any dog, they love to nap and can usually be found snoozing in their den, the three of them are most active in the morning and can occasionally be heard vocalizing together.

As carnivores, these guys only eat meat. Like you would expect of any wild wolf, they enjoy rabbits, birds, and other prey animals.

Of the 3, guests of ZooTampa can usually get a great look at Yule because he’s the bravest of the bunch. If you want to tell him apart from his brothers, he has the largest and widest head. If he’s not napping in their den, you may even find him relaxing close to the glass viewing area of their enclosure. Redington and Connor are also pretty easy to tell apart because Connor is the smallest of the 3 boys and Redington has a more elongated head than Yule.

While most of the animals at ZooTampa get training and enrichment to keep them on their toes, the red wolves get very minimal human interaction. This is because their animal caretakers want to keep them as close to their wild roots as possible.
Conservation

As an extremely endangered species, the continued protection and preservation of Red Wolves is essential to their survival as a species. If you want to help protect Red Wolves like Yule, Redington, and Connor, you can do a couple of things.

First, visit the Zoo! Your support helps us provide the care they need to survive and spread awareness about the conditions of their remaining wild habitat.

Though extremely unlikely, if you come to see a red wolf in the wild, keep your distance and report sightings to redwolf@fws.gov.